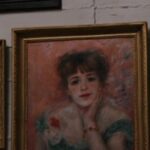 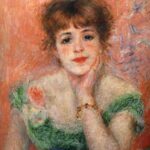 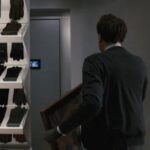 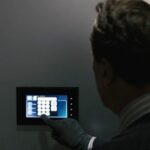 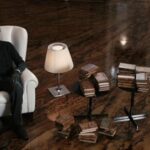 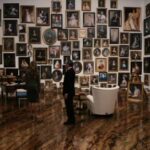 Renoir’s paintings are notable for their vibrant light and saturated colour, most often focusing on people in intimate and candid compositions. The female nude was one of his primary subjects. In characteristic Impressionist style, Renoir suggested the details of a scene through freely brushed touches of color, so that his figures softly fuse with one another and their surroundings. His initial paintings show the influence of the colorism of Eugène Delacroix and the luminosity of Camille Corot. He also admired the realism of Gustave Courbet and Édouard Manet, and his early work resembles theirs in his use of black as a color. Read more: Wikipedia about Renoir. We can see the painting when Virgil comes to his secret place with another woman portrait for his collection.