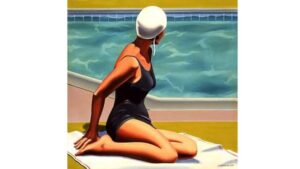 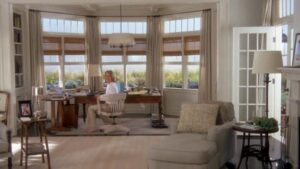 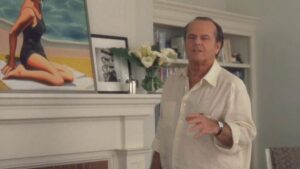 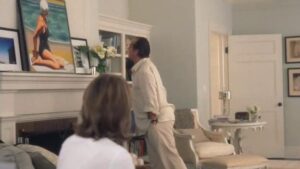 The scene in which Harry Sanborn (Jack Nicholson) enters the bedroom Erica Barry (Diane Keaton) in which she is trying to write a book. Harry the conversation stops to admire the painting, that he found nice.
Paintings and compositions of Kenton Nelson has appeared in numerous films, including Father of the Bride II, The Parent Trap, What Women Want, Mission Impossible 3, and seen here Something’s Gotta Give.