View from Kitchen in Winter 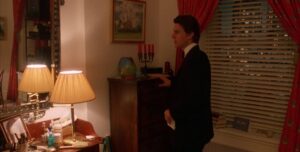 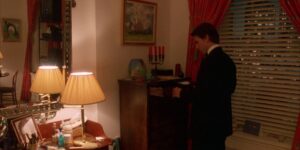 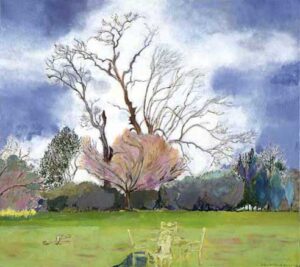 The spirit of artists working and demonstrating their techniques, interacting with people and sharing their art without barriers appealed to Christiane Kubrick and she was soon taking part in “Open Studios” where visitors were able to see her at work in her own environment. A natural progression from “Open Studios” was for Christiane to utilise the beautiful grounds of the Childwickbury estate, where she moved to with Stanley in 1978, and to create her own arts fair. In the summer of 2003 the first “Childwickbury Arts Fair” was held and was an instant success. Read more: christianekubrick.com . The painting appears in scene when William and Alice are talking about what happend on Ziegler’s ball.