Figure with Meat (Head Surrounded by Sides of Beef) 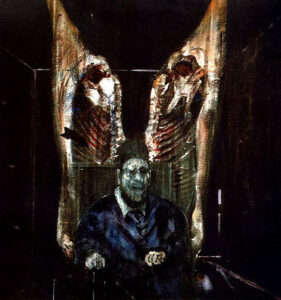 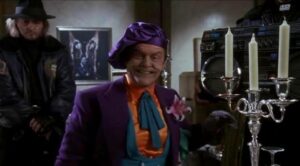 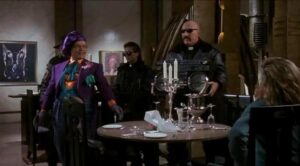 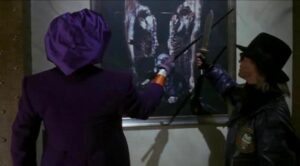 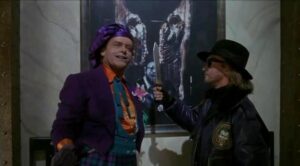 The painting is featured in a scene where the Joker and his henchmen destroy several works of art. However, the Joker spares Figure with Meat, saying, “I kind of like this one, Bob. Leave it.”. Jack Nicholson as the Joker then sits down with Kim Basinger and has a discussion where he declares, “I am the world’s first fully functioning homicidal artist.”
Figure with Meat is a 1954 painting by the Irish-born artist Francis Bacon. The figure is based on the Pope Innocent X portrait by Diego Velázquez; however, in the Bacon painting the Pope is shown as a gruesome figure and placed between two bisected halves of a cow. The carcass hanging in the background is likely derived from Rembrandt’s Carcass of Beef, 1657. The painting is in the permanent collection of the Art Institute of Chicago.